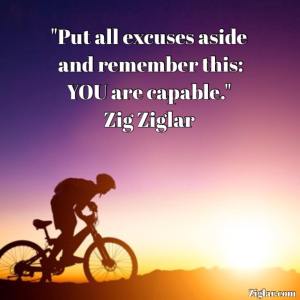 I was truly blessed from the responses to the last blog post, SUCK IT UP; however, as I thought about it more and more, I just kept seeing the next chapter. So let’s continue the journey in this post.

“I would rather start and fail than not to start at all.“
Author unknown

In every situation, there is always a NEXT, but the NEXT is normally dictated by OUR response to the situation. I can look back at my life and see how I handled things and what came NEXT and I see a corresponding reaction to the action.

Before we move any further, let’s define the word NEXT: “coming after this one, coming after the one that just came, happened, etc., any other.” It seems pretty straight forward that next is only to be after something else. It’s an elementary process of order that we cannot change!

We will never realize the NEXT until we conquer the NOW! Adding to this even deeper, we are not to focus on the NEXT, but instead on the NOW. Confused yet? Stay with me! Most of the time we want what’s next without conquering the now. You see, this isn’t the case in real life. My wife and I were recently watching a movie and the leading man was having a conversation with the leading lady that went something like this: “You know what I hate most about the statement, happily ever after? It’s not the end of the story, but instead the beginning.” It’s the same for me in these blog post topics, as we SUCK IT UP and conquer the NOW, advancing to the NEXT is what matters. We are by design created to conquer, grow and increase rather than fear, hide and fail.

I know so many associate the statement, “SUCK IT UP” with a negative thought, but it can also be taken as a great motivator used for positive. It all depends on how you are willing to take it. Those three words have become my battle cry in moments of weakness. First, I know according to Philippians 4:13 (AMP) “I have strength for all things in Christ Who empowers me [I am ready for anything and equal to anything through Him Who infuses inner strength into me; I am [b]self-sufficient in Christ’s sufficiency].” Second, the excitement for what’s next makes me want to conquer the now.

So I kindly say to you this day, SUCK IT UP and know that you can do it!